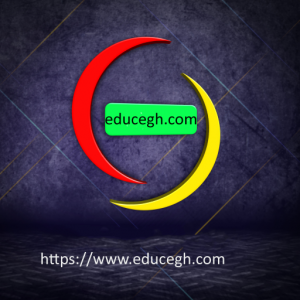 The executive director of the GNPC Foundation, Dr. Dominic Eduah, yesterday handed over a new 6-unit classroom block to sekondi college in the western region of Ghana.

At the ceremony, Dr. Dominic noted that the facility, like many others being funded by his outfit, is a major investment in Ghanaian youth and the future of our young ones. He said that “this is not a cosmetic gesture to tick off on our CSR to-do list. It is an intervention that seeks to improve teaching and learning and thus, empower the next generation.”

He encouraged the school authority of sekondi college to ensure the proper maintenance culture of the facility for it to last longer in the region and serve its purpose.

The headmistress of the school Mrs. Guddy Abena Ampomah Kermah, thank the GNPC foundation and recounted that the school is in a dire need of infrastructure support and hence appreciate GNPC’s decision to come to their aid. She made an assurance that the facility will be put to its intended use and under proper care.

Abdul Mumin Issah, the MCE of sekondi -Takoradi Metropolitan Assembly (STMA), who witnessed the handing over of the school block, expressed his satisfaction and thank GNPC Foundation developmental efforts that have impacted not this Sekondi but also every area of the country. “Your work is known in many parts of the country and we applaud your commitment to uplift individuals and societies by ensuring the windfall if Ghana’s oil business reaches all,” he said.

The executive director with his team used the event to check on another ongoing project at the school, a 24-seater sanitary facility funded by the foundation.

JOIN EDUCEGH ON TELEGRAM
READ:  Find out some of the benefits derived from motivating our students.

Official: full list of staff IDs of newly posted teachers is out – GES

Educegh.com is a privately owned blog that is unbiased in its reportage. Verifiable information is what we serve out readers. OUR MISSION Our sole mission is to provide the general public with all the latest tending educational issues in Ghana and beyond. OUR GOALS We wish to bring to light some of the challenges experienced in the education system. We also have the fervent hope that in the next decade, educegh.com will be one of the best education portals/blogs in Ghana.
Contact us: info@educegh.com

Newly posted teachers to be paid 7 months’ salaries arrears in...

Official scheduled date for the August 2022 biometric registration of Teachers-...